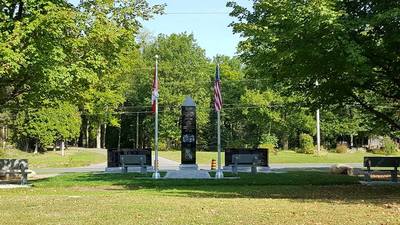 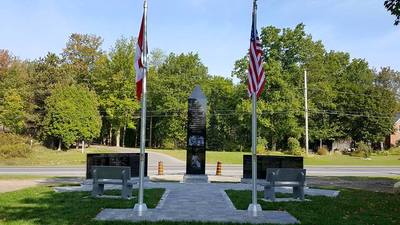 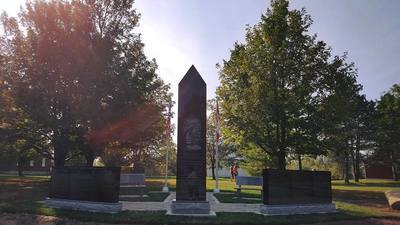 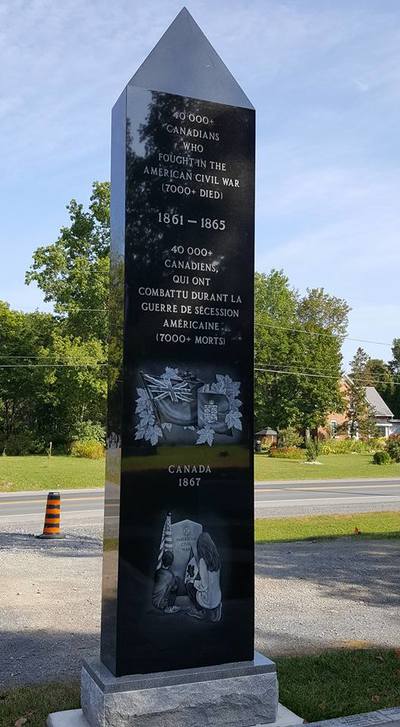 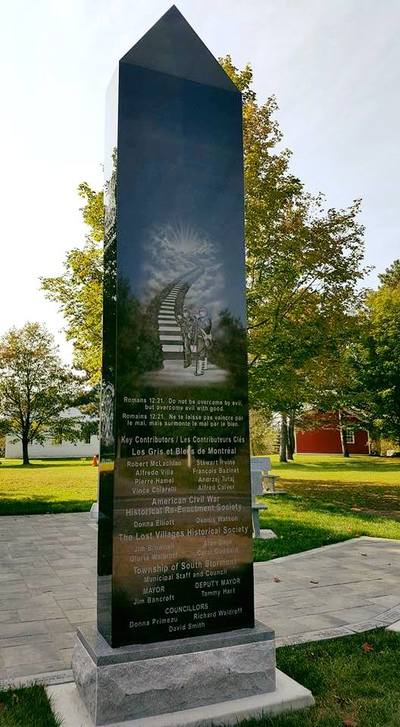 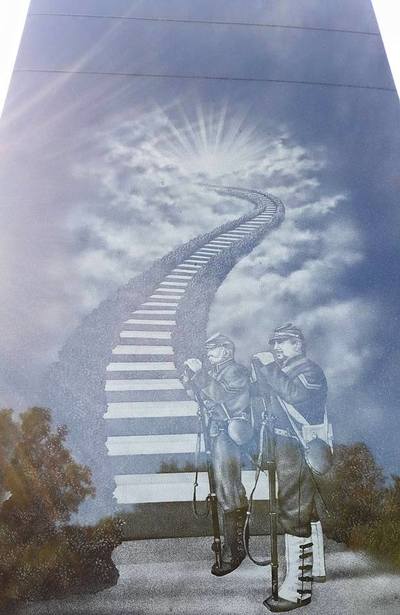 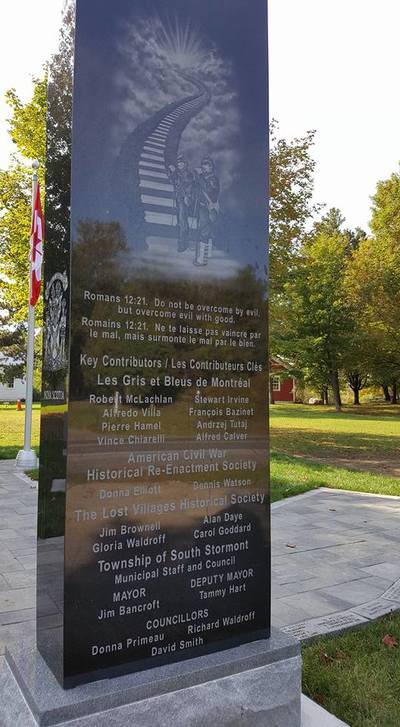 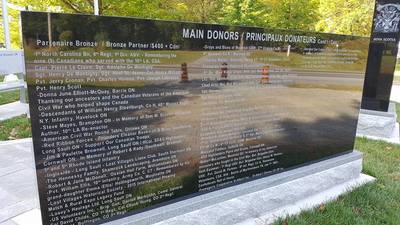 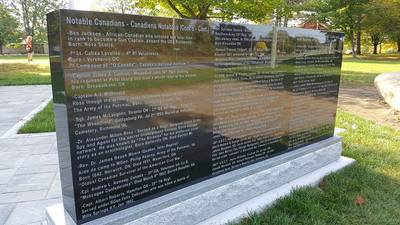 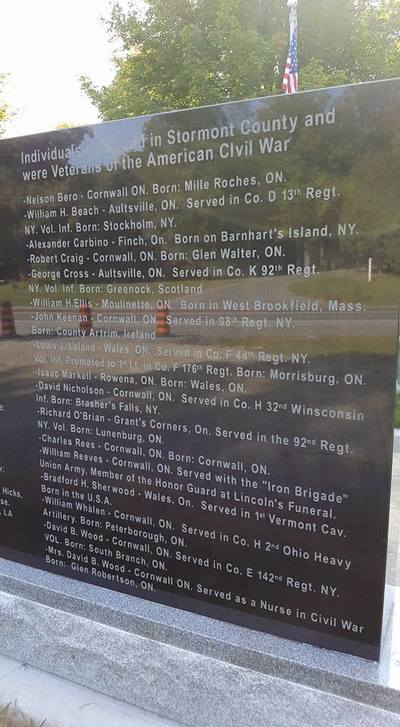 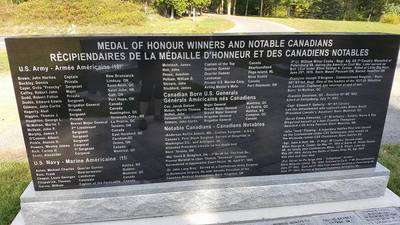 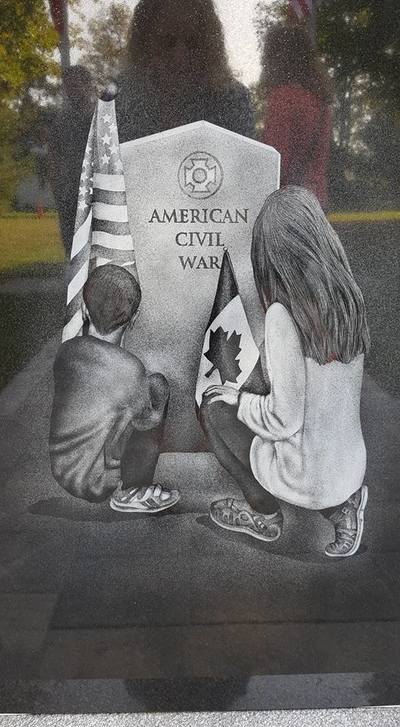 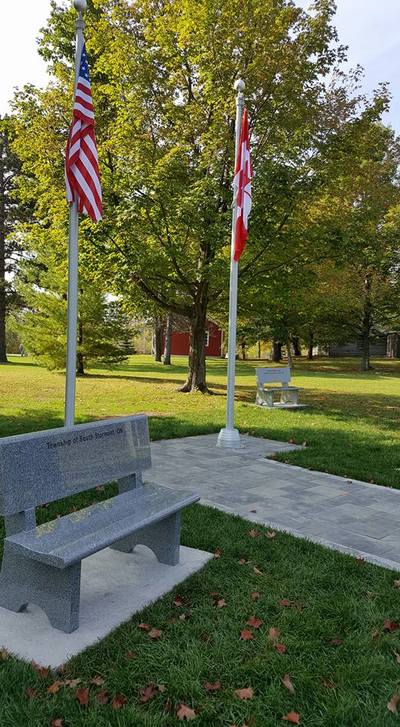 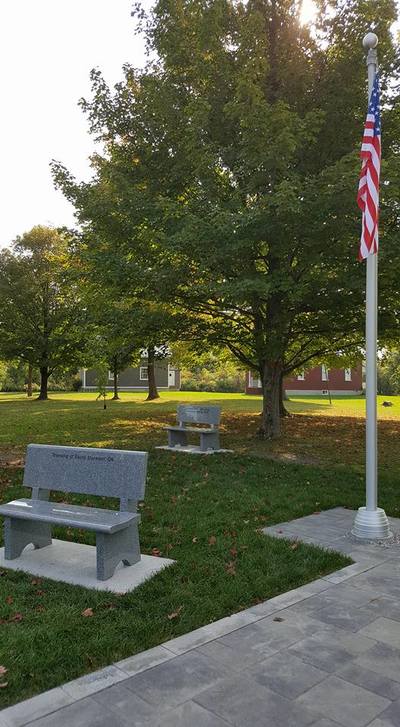 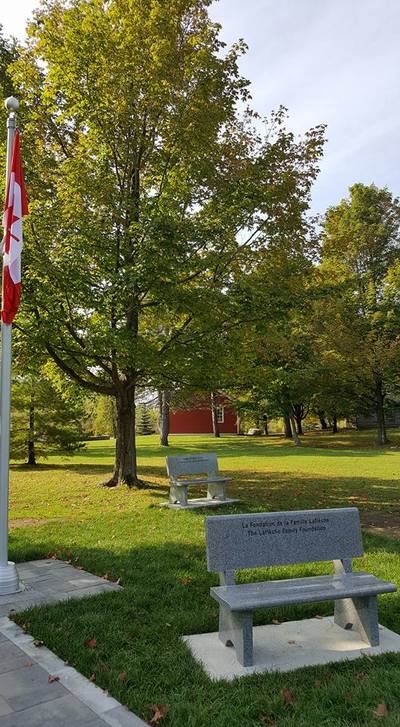 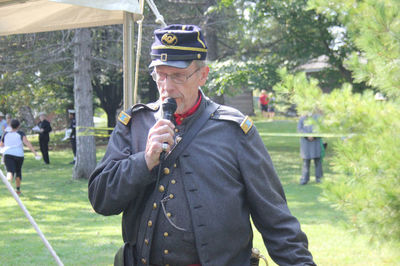 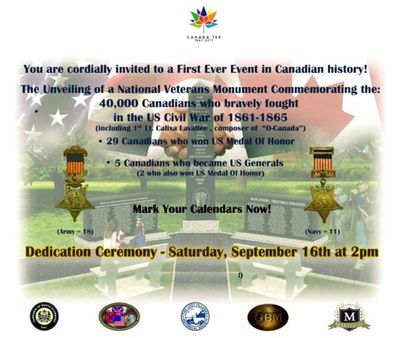 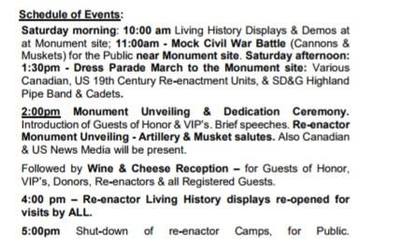 It’s been a long time coming, but on Saturday the fruit of many people’s labour was unveiled at the Lost Villages Museum. The only National Monument for Canadians who served in the American Civil War was unveiled in front of dignitaries, members of parliament and residents of the area.

The monument was made possible based on collaboration between The Lost Villages Historical Society’s Jim Brownell and Rob McLachlan, president of the Greys and Blues of Montreal.

“This national monument has been put up to commemorate Canadians who enlisted in the Civil War for whatever reason, patriotism, relatives or bounty, who knows,” said McLachlan.

McLachlan said out of the 40,000 Canadians who did enlist, 29 became Medal of Honour winners.

“Eighteen army, 11 navy,” he said. “The Medal of Honour is equivalent to Canada’s Victoria Cross, so that is highly significant.”

McLachlan said five Canadians made it to the rank of General, two of which also won the Medal of Honour.

McLachlan said approximately 7,000 Canadians died in the war, whether it was due to battle injuries or illness.

Jean Rioux, Parliamentary Secretary for the Minister of Defense said he was really happy to learn more about the Canadians’ part in the Civil War. Rioux said the new Canadian defense policy was recently unveiled and it was drafted in part to what the Canadian people wanted.

“What they told us was to take care of our military and our veterans,” he said.

Rioux said the government has budgeted $2 million back to veterans.

“That’s money to recognize the work and the sacrifice of our military and their families,” he said.

Retired Lieutenant-General Michel Maisonneuve was also on hand for the unveiling.

“Barbara and I are very proud to be with you here today,” he said. “I think as a Canadian, I was certainly not aware that 40,000 Canadians had fought in the Civil War. This is an amazing event. When you think of our history, we don’t think of that very often. The Civil War was something that happened in the States and we really had nothing to do with it, so it is amazing to find out 40,000 Canadians at that time, from a small three-million population went and fought.”

Maisonneuve said that showed, as it does today, that the United States is our best friend and greatest ally.

MP Guy Lauzon also had a few words to say about the event.

“I’m so proud,” he said. “I am humbled and I am proud when I think that so long ago, our troops, who weren’t even Canadians yet, some were subjects of Britain still, and they went to war to help our neighbours in this war.”

Lauzon said Canada’s troops are known around the world as the best.

“Absolutely the best, we have no comparison,” he said. “Even back then, we are still doing it.”

Lauzon said this was the only monument in the world to recognize that contribution.